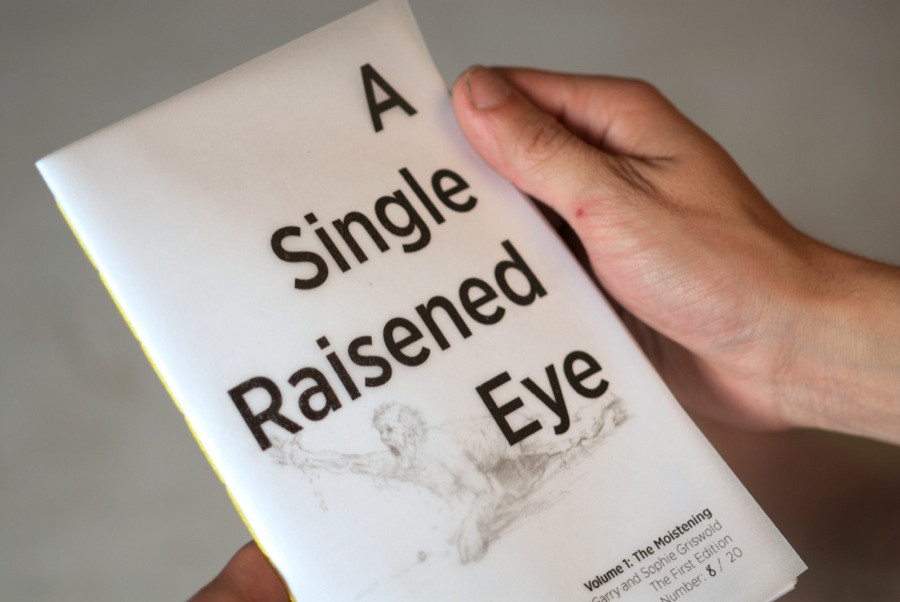 A Single Raisened Eye // Volume 1: The Moistening: A Single Raisened Eye is a grotesque flight of fancy. Featuring a colorful cast of diverse, dermally afflicted characters sure to induce mild to moderate convulsions in even the most iron-stomached reader, braced against the fetid embarrassment of adjectives. Written by Sophie Griswold and myself, designed and bound by myself with an illustration by Caleb Colpitts. 2014, Providence, RI.

Maple Syrup Labels: A label for maple syrup tapped, boiled and bottled by my father and myself. 2018, Boston, MA.

Album Artwork: Album covers I have designed for myself over the years, photography by myself, David Yanofsky and Erik Schiller. Ongoing series.

Mr. Steam Identity: A proposed identity for Mr. Steam, a steambath company. Focusing on a grid of dots as an abstraction of a room filled with steam. The dots are solid independently, yet as a grid seem transparent, toying with the incorporeal nature of steam. 2013, New York, NY.

VOTE BEN: My friend Ben was running for kitchen steward in his housing coöp, I felt that his campaign needed a stronger visual direction. I made this, unsolicited. 2012, Providence, RI.

Cloudburn: A series of photographs of clouds, taken with a 1998 Game Boy camera. 2011, Providence, RI.